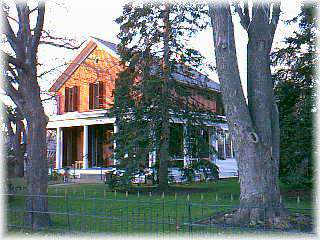 An example of the Greek Revival style, the house was built in 1869 in Fremont for Samuel Bullock, a prominent
interior decorator. In the 1890s the frame lean-to in the rear was replaced by a brick addition. The house was
later owned by Dr. Joshua S. Devries, a pioneer Nebraska physican and surgeon, who graduated from the
University of Nebraska Medical Department in 1888. The house is listed on the National Register of Historic Places.

Things to do National Register near Fremont, NE