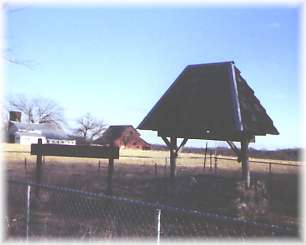 
Hand dug to 40 feet, it was later deepened to 70 feet and still provides water even during the driest of times.


The diagonal rock road on 1055 just west of the high school is the old Santa Fe Trail.