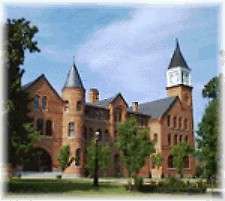 Seminary Hall, the centerpiece of campus is the former Cherokee National Female Seminary Building. It's been the center of education since 1889 and is listed on the National Register of Historic Places.

Things to do Historic Buildings near Tahlequah, OK