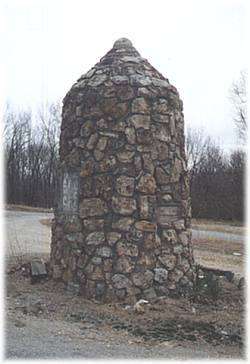 See the Tri-State Marker and be in three states at once! The meeting point of Kansas, Oklahoma, and Missouri is 6 miles east of Baxter Springs on Highway 166/400. Turn south on the small paved road just west of the state line, and continue to the dead end. Built in 1938 by the Youth Work Administration.

Walk along the downtown sidewalks on both sides of Military Avenue. Posted on the store fronts of the historic buildings are framed accounts of the original occupants of each store, their dates, and sometimes an account of a particular historical event that took place at that spot.

Things to do Geographical Markers near Baxter Springs, KS