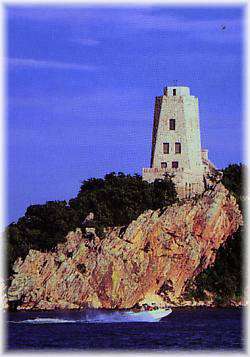 This unique octagonal architecture with four impressive columns at each of four entrances is Oklahoma's first county courthouse built after statehood. The cornerstone of Nelson Georgia Marble was laid during Masonic ceremonies on April 29, 1910. The building was dedicated on November 24

Tucker Tower Nature Center is not only a great place to visit, with its many interesting and educational displays and exhibits, it also has a history as colorful as the view from high atop the tower. Tucker's Tower sits on a steeply dipping outcrop named the Devil'

To Marietta calendar of events