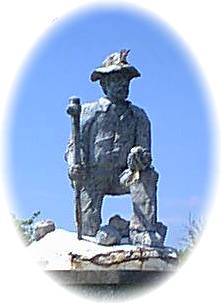 Webb City, Missouri, was founded in 1876, upon some of the world's purest veins of lead and zinc ore. For about forty-five years it was in the heart of one of the world's greatest lead and zinc mining areas. There was more lead and zinc mined within a radius of 3-1/2 miles than any other similar area in the world. From 1894 to 1904, the mines produced $23 million worth of ore. During the first World War, at its mining peak, there were over 50 mines in operation around Webb City. The Saga of the mines and the hardrock miners of this area was a great contribution to the Westward Movement in American history.

From this journey into Webb City’s past, we see the building blocks that have formed this wonderful community. A town that is noted for its amazing school system, continuing growth, community pride, great leadership, and proud heritage.

Things to do near Webb City, MO

Take a drive through Marionville, Missouri and see it's famous white squirrels. During the summer you can view them early in...