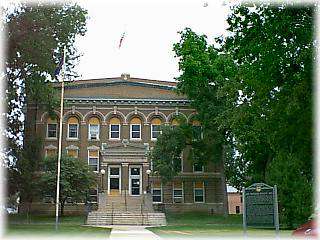 Built in 1914, the Webster County Courthouse is a recent addition to sites already listed on the National Register of Historic Places. The building as distinctive ornamentation and is of the second Renaissance Rival stylistic influence.

Located on the Courthouse Square is the 1887 jailhouse. The building, originally of a soft brick, is now stuccoed and offers a rare glimpse of late nineteenth century law enforcement facilities. It is still in use.


Address: One block off Webster Street on 6th and Seward

Things to do Historic Courthouses near Red Cloud, NE