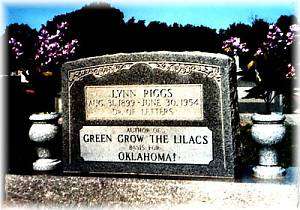 When you reach 8th Street, look straight ahead for the oldest marked grave in the cemetery. Elijah Hicks, born in Georgia in 1797, was a Captain of one of the 13 detachments on the "Trail of Tears". In 1839, he settled where Woodlawn Cemetery is now located. This area had previously been occupied by Dosage Chief Black Dog. Hicks was a delegate to Washington and served as President of the Cherokee Senate. He died August 6, 1856. The Rogers County Historical Society provided an exact replica of the original stone that had suffered the ravages of time. Turn right on "C" Avenue. The large marker on your right is of John M. Bayless who built the Belvidere Mansion as well as a three story opera house, the Sequoyah Hotel, and an athletic building.

Things to do Cemeteries near Claremore, OK