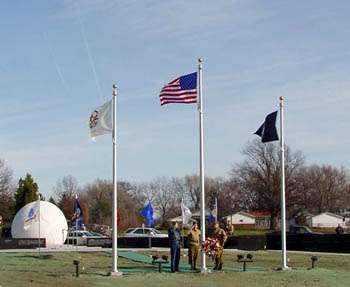 The focal point of the World War II Illinois Veterans Memorial is a globe of the world symbolizing the conflict that involved more than 200 nations. More than 70 stainless steel buttons on the globe signify the major battles and events of World War II.


Come visit us in Springfield, Illinois

Octagon granite walls provide the foundation for the names of 1,752