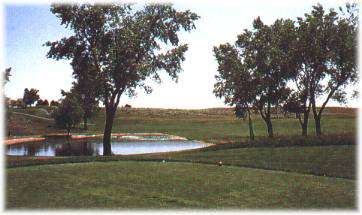 Few communities of Garden City's size can boast two regulation golf courses within a couple of miles of town. While the country club course is one of the best around, this municipal course is also considered to be among the top facilities.

In it's first year, a mobile home was used as a clubhouse for Buffalo Dunes, and the first rounds were played as the course was still taking shape. The course has matured into an oasis of green south of Garden City. The large clubhouse has become a second home to our golf-hungry population.

In 1989, Golf Magazine selected Buffalo Dunes as one of the top 50 Best Bangs for the Buck in public golf. It continues to receive accolades from national golf publications.

Things to do Golf Courses near Garden City, KS