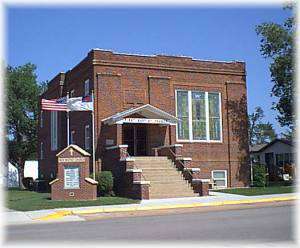 Two of the churches date to the very beginning of the community, with the Methodists coming here in the spring of 1877, and the Presbyterians organizing on July 14 of that year. The Baptists followed in 1884 and the Christian Church in 1885.

Catholics arrived here during 1887, but the parish was not formulated until 1909. St. Joseph Church is now by far the largest in the community, and operates a kindergarten through sixth grade school.

Things to do Historic Churches near Conway Springs, KS

A wood frame building was built to be the first church in Sylvia. In 1911 the board members realized the church was too small...

The Community church was organized in 1872, and constructed the following year at a cost of $2,000. The church had a startin...