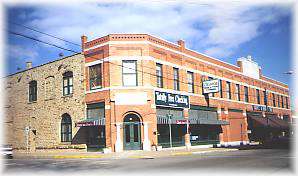 Entertainment came of age in Okmulgee as a result of oil money. Okmulgee was home to two Vaudeville theatres, one of which still stands today. The Orpheum Theatre has undergone renovation and features first run movies and special events today. The Cook Theatre was built by L.H.D. Cook (