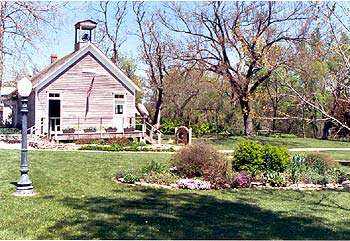 St. Charles Country School House is Sedan's most scenic setting with gazebo, winding board walk over a stream,and an outdoor theatre all in the hollow open to all.

"The Hollow" was reconstructed from an old trash dump by the efforts of many local volunteers. It is now a beautiful park, boardwalk and amphitheater that also houses St Charles Schoolhouse. Musical evenings and community theater have been featured on the rustic stage of the amphitheater. The gazebo and grounds have been the setting for many weddings.


Come visit us in Sedan, Kansas

Things to do Historic Buildings near Sedan, KS

The First National Bank of LeRoy

The Pittsburg Memorial Auditorium and Convention Center was dedicated on November 20th, 1925 as a Shrine Mosque. The outer st...