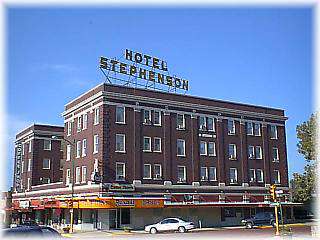 The historic Hotel Stephenson, built in 1925, is located amongst the cobblestone streets of downtown Falls City. It has been restored and still remains as a lodging establishment with 20 rooms that provide a step back in time for the nostalgic at heart.

Things to do Historic Hotels near Falls City, NE