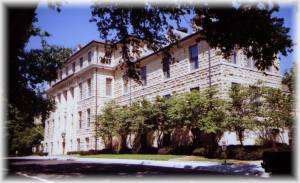 Constructed in 1889, this building originally served as the post hospital until after World War II, when primary medical facilities were moved to Camp Whiteside. It is named after General Charles P. Summerall, who was an early commander of the 1st Infantry Division in World War I and later served as Chief of Staff of the Army.

Today, the building is the headquarters for Fort Riley.