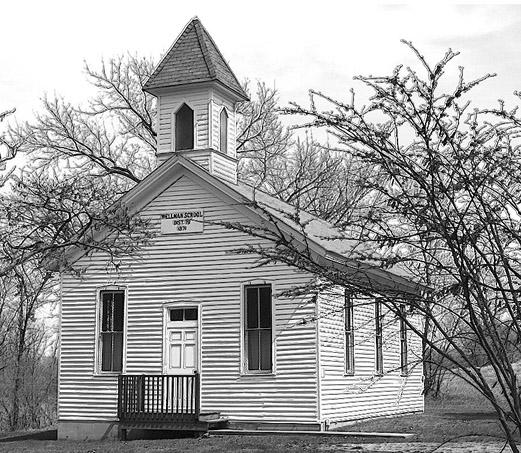 The school was built in 1887 on the homestead of Harrison W. Wellman, in the southeast part of Jefferson County. It is typical of the many one-room country schools that were located every few miles within the county and throughout the country. School Ditrict #70 was formed in 1871, but the school was not completed until 1887.


It was moved to Old Jefferson Town in 1970 and is furnished as an old county school complete with desks, chalk and slates, recitation bench, lunch box, water pail and dipper. [Wellman Schoolhouse]
This building was added to the register of the One Room School House registry in 2009.