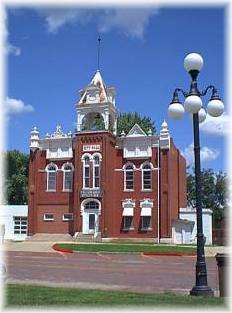 Tecumseh's city hall was erected in 1890, at the cost of just over $4,000, and is another of the fanciful architectural treasures of the historic district listed on the National Register of Historic Places. The building also housed the fire department which later was moved to its own building.

Address: East side of Square