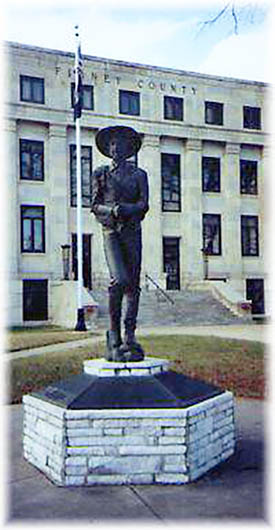 The bronze statue on the courthouse lawn was unveiled in September 1978 and dedicated at the July 4, 1979 celebration of Garden City's Centennial. Highlights of Jones' life are inscribed on the base of the statue. He was well-known in earlier Garden City and became somewhat famous after he left this area. . He toured with Buffalo Bill Cody's Wild West Show, was the first game warden of Yellowstone National Park. Jones died in 1919. He is buried in Valley View Cemetery in Garden City.

Things to do Arts near Garden City, KS