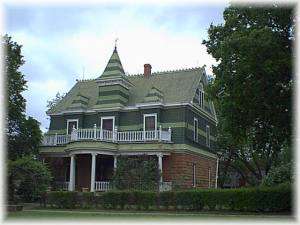 Fred Drummond moved to Hominy from Pawhuska to begin construction on his home and mercantile business in 1905. He and his family later expanded into cattle ranching.

The home and its original furnishings were donated to the Oklahoma Historic Society in 1980 and interprets the oil boom years between 1915 and 1920.

Things to do Museums near Hominy, OK

Bartlesville Museum in the Price Tower

Tulsa Port of Catoosa and Museum

The Tulsa Port of Catoosa is the furthest inland, ice-free international seaport in America. This port serves as the head of ...