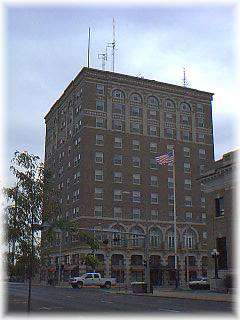 
Named for its proprietor, William L. Yancey, the hotel was begun in April of 1917, financed by the Bankers Realty Investment Company of Omaha, Nebraska, for the North American Hotel Company. The company was building a chain of hotels in Nebraska, Iowa, and Kansas towns, accessible to the railroad depots and business districts.


This "chain concept" permitted a standardization of service, bulk purchase of supplies, quantity discounts, and lower costs to the consumer. From its opening in 1923, the Yancey was the center of social and political activity for Grand Island. An early twentieth century high-rise structure, the 11 story, 150-room hotel illustrates the Renaissance Revival style. Due to the development of motels, a decline in railroad downtown business district, the hotel closed in December 1982. The building has been rehabilitated as a stylish condominium and office complex.