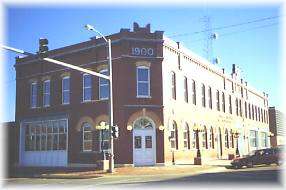 This building was constructed in 1900 by the Anheuser Busch Brewing Association of St. Louis, Missouri.

In 1922, the building was restored similar to its original appearance by Pioneer Telephone Cooperative, Inc.