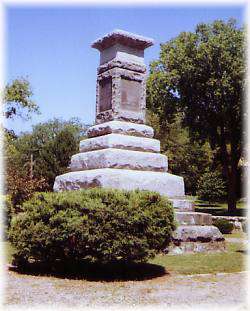 The monument was dedicated in 1893 and was originally located where the 26th Cavalry Monument now stands. Along with the Ogden Monument, it was relocated in 1923 to places of greater visibility along the main highway through post (Huebner Road), then known as the Golden Belt Highway.

Things to do Monuments near Fort Riley, KS