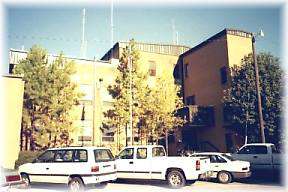 The first court house for the district was located at Kephart Springs, about six miles northeast of Claremore. Here four terms of court were held each year and difficulties arising between citizens were "threshed-out" in much the same manner as now.

The Cherokee Court House was a framed structure and was moved to Claremore about 1888 and served as a "temple of justice" until the Cherokee courts were abolished.

Things to do Historic Courthouses near Claremore, OK